Vinegar Hill are proud to be supporting and working with the incredible UK charity, Smart Works. The charity provides high quality interview clothes and interview training to unemployed women in need.

Harnessing the power of clothes and confidence, Smart Works helps women to feel their best at a crucial moment in their life, giving them the confidence, the self-belief and the practical tools required to succeed at interview and transform their lives.

Women are referred to SmartWorks from organisations such as job centres, work programmes, prisons, care homes, homeless shelters and mental health charities. Half have been unsuccessful in over 20 applications. A third have been turned down from over 50 jobs. All are suffering from a lack of confidence in their own abilities.

The tangible impact that their service has on a woman’s confidence is something they have the privilege to witness every day. The magic begins when she enters the dressing room and is styled into her interview outfit - hers to keep, by trained volunteers. She looks in the mirror and sees a new and impressive version of herself.

This is followed by one-to-one interview coaching, after which 60% of their clients go on to get the job.Named “Social Action Charity of the Year 2017” at the National Charity Awards, it is their mission to ensure any woman who needs their help should be able to go to a Smart Works centre.

“I felt valued, cared for, even loved, helped to look fantastically dressed and to feel proud of my life experience and abilities.”

SmartWorks have a team of over 300 trained volunteers across the UK who deliver their award-winning service to their clients – skilled, compassionate and brilliant people who dedicate their time to empower women to succeed.

Their wide range of high quality clothing is donated either from individuals or direct from retailers, and is then meticulously sorted and hung in their beautiful dressing rooms. They are environmentally conscious, and proud that everything which comes through their doors is given a new home. 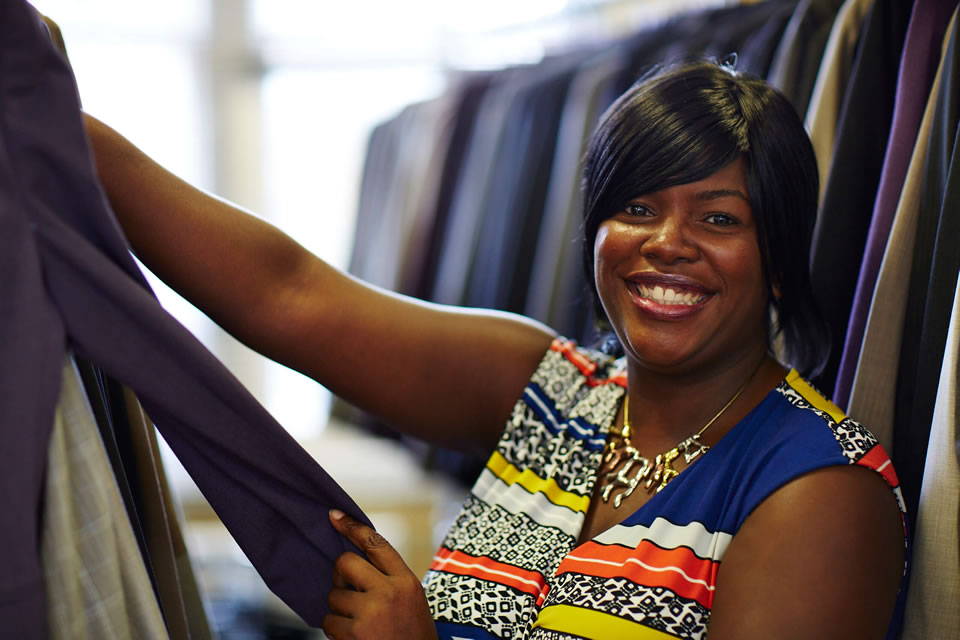 "We are incredibly proud that after visiting Smart Works, 60% of those clients we were able to contact went on to get the job."

Smart Works started in North London, which remains their HQ and busiest location. In November 2013, they opened a second centre in West London. They then set up the Smart Works model so that they could support more women across the UK.

The Smart Works service now operates across seven locations in the UK: North London, West London, Edinburgh, Greater Manchester, Reading, Newcastle and Birmingham.Smart Works Edinburgh opened in 2014, Manchester and Reading in 2015, Birmingham in 2016 and Newcastle in 2018.

Each centre works with clients, volunteers and supporters in their own region to bring the Smart Works service to life. All staff are united by a shared mission; a desire to collaborate and a commitment to bringing the very best quality service to every client they see.

In September 2018 they celebrated their fifth birthday and during this time have supported over 11, 000 women.

“I feel empowered. I didn’t know it was going to be like this. It’s life changing"